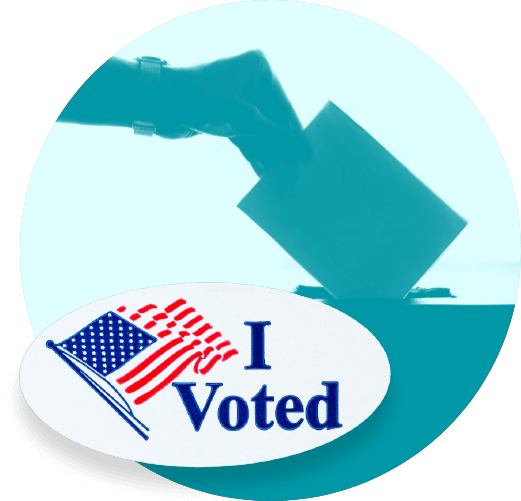 As we begin to approach the end of the year, many digital marketers are theorizing what impact the 2020 US elections are going to have on paid digital advertising. Many political experts and commentators have posited that digital advertising had a major effect on the outcome of the 2016 elections and will continue to grow as a crucial battleground for influence.

While it’s become apparent that paid digital advertising has and will continue to be a major player in political elections, does the connection also work in the opposite direction? Will the 2020 elections have a tangible impact on Google Ads and Facebook Ad campaigns, and if there is an effect, how can PPC strategists, Facebook ad specialists, and business owners prepare to weather the storm?

What We Can Expect From Facebook and Google in Political Elections

2016 had its fair share of controversy with Facebook being thrust in the spotlight for their laissez-faire approach to ad vetting, creating a veritable Wild West for paid advertising on their platform and culminating in a scandal concerning Russian influence on the election through paid ads.

Now that the social media giant seems to be cracking down, how have Facebook’s new ad policies altered the tactics and strategies for Google Ads and Facebook ad specialists?

This is especially true when your client or business provides products or services that have overlap with politics and election topics. For instance, if your campaign features information or services that are connected to topics like the military or PTSD, your ads are more likely to be scrutinized and disapproved. Even topics as benign as health and medicine can come under fire if Google or Facebook’s algorithms identify a connection to political battlegrounds.

The best way to combat this is to carefully consider how your ads will be perceived by paid ad platforms and users, especially during election time, as we can expect that Google and Facebook will be tightening their belts even more as we approach the next election cycle.

Some government bodies are taking their own steps to mitigate the impact of paid digital ads on political elections.

Washington State has been particularly proactive in this conflict. Through the threat of legal action, they have driven Google and Facebook to ban local election ads in their state. Canada is also helping to lead the charge by enforcing strict transparency rules for political advertising. Google has responded by banning political advertising on its platform, in Canada, as they are currently not able or willing to comply with Canada’s strict guidelines.

What do these new regulations and guidelines for political ads mean for digital marketers? If you have clients or operate in areas like Washington State or Canada, you will likely see some positive and negative effects on your strategies and campaigns.

In the short term, you can expect to see more scrutiny on your ads from Google and Facebook. Both platforms will likely be increasingly merciless when approving or disapproving ads in these areas, especially if there is any perceived relation to elections or hot-button political topics. On the positive side, it will help to weed out or deter black hat marketers in those areas, which will decrease ad exhaustion and increase user trust.

Be ready to have your ads rejected more often, but expect to eventually see an improvement to click-through and conversion rates, compared to other states that do not have such restrictions.

While many paid digital strategists are already experiencing some of the direct effects of Google and Facebook attempting to abide by government regulations and crackdown on suspicious election ads, there will also be indirect effects that are likely to surge as we get closer to the next major US election in 2020. Due to the controversy in the 2016 election, many people have become increasingly suspicious of paid digital ads. As we have moved further from 2016, some of that faith has been restored, whether by the healing of time or by new promises and regulations that have been proposed and enacted by Facebook and Google.

With a new major US election cycle just beginning we will likely see user trust in ads decrease and ad fatigue increase, as we get closer to November 2020. We can predict an increase in hot topic news stories that degrade user trust in paid digital ads, as well as a surge in ad fatigue, due to users being bombarded by political ads.

Despite new policies and algorithm updates by Google and Facebook, we can still expect to see some predatory ads slipping through the safety net. The more this happens, the more likely that news media agencies will pick up the story and feature articles that warn users about the dangers of manipulative ads, thereby consciously and subconsciously decreasing trust in all paid ads.

Paid ads are already an extremely competitive digital arena. The election cycle will exacerbate this as more and more political campaigns seek to find new audiences with ads on Google and Facebook. As we approach November 2020, expect competition for bids and keywords to increase, as well as users to become more apathetic to ads, reducing clickthrough and conversion rates.

How Are Paid Digital Ads Affected in Swing States?

This will be especially true in battleground swing states like Florida and Ohio. “Purple states” are the most likely geos to see heavy competition for ads and the most likely to suffer from ad fatigue. If you operate paid campaigns in these areas, be prepared to see more competition and decreased results. Get proactive by brainstorming new tactics and strategies for your campaigns that will steer them away from topics and issues that can be linked to the US elections. This will increase your chances of getting your ads approved and help to avoid bidding against political campaigns with massive ad budgets.

How Can You Prepare Your Ad Campaign for An Election Year?

Keep Your Geo and Vertical In Mind

As we have discussed in previous sections, you must first identify if your targeted area has any additional limitations or dangers to your ad campaign. Whether political ads are completely banned or you operate in a hotly contested state, being proactive and tailoring your strategy will help you be prepared for election cycles and stay a step ahead of your competition.You must also be aware if your industry or vertical has any political implications. Any connection to a politically charged topic will likely decrease ad approval rates and increase bid competition.

The increased competition and need to avoid hot-button topics during the election cycle will make a robust list of negative keywords essential. By adding carefully selected negative keywords, you can send a message to ad platforms that your ads and campaign are not politically motivated. This will result in a smoother process of getting your ads approved and will help you steer clear of volatile election issues.

Stay Ahead of Your Paid Ad Competition

Paid digital ads aren’t going away anytime soon and political advertising campaigns are always going to be looking for new ways to monopolize or circumvent the systems put in place by Google and Facebook. As a digital marketer or business, it is crucial that we understand how those campaigns will affect our PPC and Facebook ads. As we approach the next election cycle, understand your geo locations and remember to stay proactive with your ad campaigns. With hard work and a bit of luck, you can be poised for election time, while your competitors scramble to catch up.